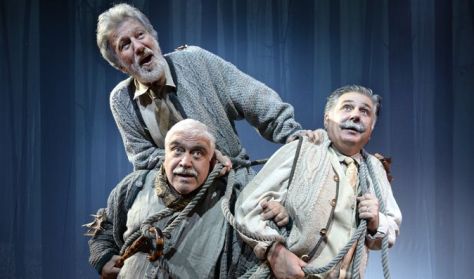 Following a successful tour in Athens, the Heroes, featuring Yiannis Fertis, Dimitris Piatas and Ieroklis Michaelides, come to Rialto’s stage. This comedy, directed by Nikita Milivojevic, recounts the story of three querulous military veterans who spend their days in a sanatorium, reminiscing their old glory and dreaming of freedom. Heroes was nominated for four Moliere Awards (2003) and was staged at West End, winning an Olivier Award for Best New Comedy in 2006.