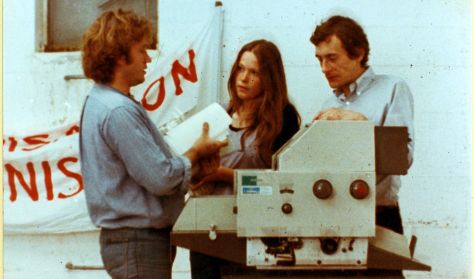 As part of the Francophonie 2021 program, the Embassy of Switzerland in Cyprus, pays tribute in cooperation with Alliance Française de Limassol, to one of Switzerland’s leading film directors Francis Reusser, who passed away in 2020.

Their homage includes the screening of a recent reissue from the Swiss Film Archive of the classic Reusser s film ‘Le Grand Soir’ (The Big Night), which won the Golden Leopard at the Locarno Film Festival in 1976.

Léon becomes a security guard in Lausanne after taking up several jobs with the Swiss Confederation, a symbol of the consumer society he detested.

One evening, on one of his rounds, he discovers and involved by accident with a small Leninist group and gets to know Léa, a dedicated activist and the group leader's mistress. The police keep a close watch on them and trouble is bound to follow.