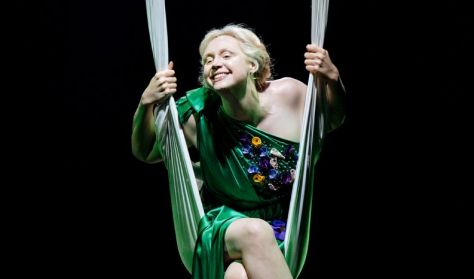 Due to the measures to contain the spread of the new coronavirus (COVID-19), announced by the Cyprus Cabinet, all performances at the Rialto Theatre will be canceled until March 31st.

The new dates of the postponed performances will be announced soon and purchased tickets will be valid for the new dates.

Tickets will be refunded also at the Theatre Box Office, which will operate in March from Monday until Friday, during the hours 10:00 – 14:00.

Please visit the Rialto Theatre website www.rialto.com.cy and Rialto Application for more info about all events.

A feuding fairy King and Queen of the forest cross paths with four runaway lovers and a troupe of actors trying to rehearse a play. As their dispute grows, the magical royal couple meddle with mortal lives leading to love triangles, mistaken identities and transformations… with hilarious, but dark consequences.

Directed by Nicholas Hytner, this production of A Midsummer Night’s Dream will build on the success of his immersive staging of Julius Caesar (NT Live 2018). The Bridge Theatre will become a forest – a dream world of flying fairies, contagious fogs and moonlight revels, surrounded by a roving audience following the action on foot.