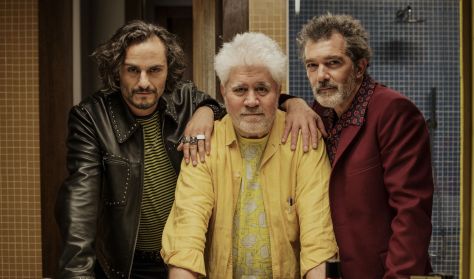 In what is probably the most personal film of the great director, Antonio Banderas gives a compelling performance for which he won the Best Actor Award at this year’s Cannes Festival. The film travels through a set of encounters of a film director with a fading career, from the present, his childhood in the 1960s and the 1980s.  The film looks at creativity, how difficult it is to separate if from life, and at the passions that enrich it with meaning and hope.

In Spanish with Greek and English subtitles