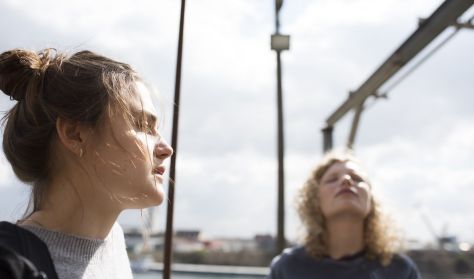 And Tomorrow the Entire World

Luisa, a first-year law student, leaves her conservative family background behind and becomes a member of a rag-tag collective of Antifa activists. As disagreements flare up between the more moderate and the hot-blooded for action, Louisa is faced with a critical question: is violence justified in the fight against fascism? A political drama that explores the intersections between personal motivations and political beliefs.

In German with Greek subtitles.
In the framework of ‘Weeks of the German Language 2022’, organised by the Embassy of Germany in Cyprus.

Free entrance (Tickets must be obtained in advance).

After the screening of the film, the German Embassy invites you all for a glass of wine, at Sousou Bar right outside the Rialto Theater.