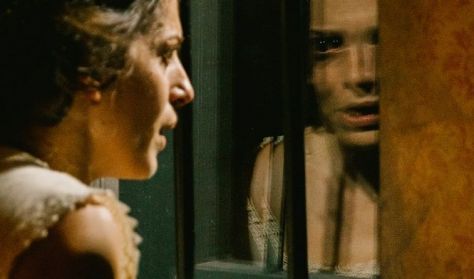 A story consisting of entries in the journal of a young woman who appears to be suffering from postpartum depression. Her husband and doctor spirits her away to an old summer mansion in an attempt to cure her of “temporary nervous depression – a slight hysterical tendency”, a common diagnosis for women of that time. Confining her in the children’s room, he forbids her from doing any creative work, also imposing her a strict dietary and medical treatment, in addition to electrotherapy. He also deprives her of contact with the rest of the family members, including her baby.

Gilman’s text is a feminist manifesto against the oppression of women and a sharp critique of the patriarchal society of the late 19th century. The author boldly highlights issues such as women’s mental health and the stigma of mental illness, confinement and the imposition of control over the female body, the oppression of women through married life, the devaluation of female identity, women’s lack of freedom of speech, the exclusion of women from work and intellectual creation.