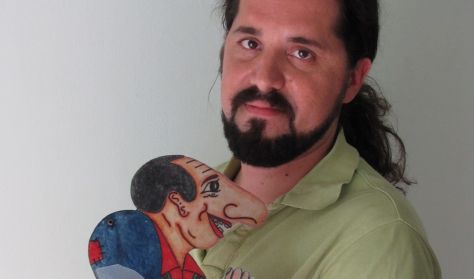 The family concert Karagiozis goes to a concert is an unusual performance, both instructive and entertaining for children and grown-ups alike.

Nionios (Mr. Dionysios), an ardent music lover, tries to convince Karagiozis to attend a classical music concert, organized by Vizier’s daughter. Karagiozis refuses to do so until Veligegas orders everyone to attend the concert: Karagiozis, Barbayiorgos, Stavrakas, Hadjiavatis and the rest of the Shadow Theatre characters.

During the concert, Karagiozis has many questions: about the instruments, the music, the composer and other things, which Nionios patiently explains in simple words, wishing to initiate him to the world of classical music. Gradually, Karagiozis completely changes his view about this music, which he previously thought to be difficult and rather dull! Now he loves it!