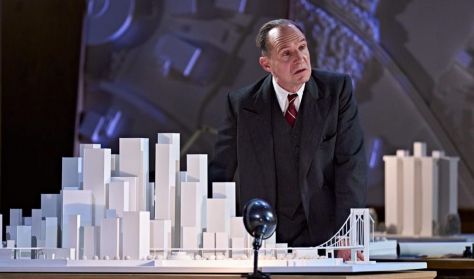 Ralph Fiennes portrays the role of Robert Moses (1888 - 1981), a very powerful and charismatic urban planner, whose career spanned over 40 years. Early in his career, Moses claimed to want to give all New Yorkers easy access to the outdoors, but with time, his motives were revealed to be less pure. David Hare's script is based on a biography by Robert Caro.

With Greek and English subtitles.