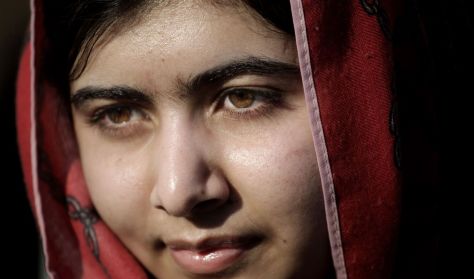 He Named me Malala

The Limassol Committee for the Protection and Welfare of Children in cooperation with the Cyprus Children’s Parliament present a movie by Davis Guggenheim.

A look at the events leading up to the Taliban's attack on Pakistani schoolgirl, Malala Yousafzai, that left her wounded with a bullet in the head for speaking out on girls' education, sparking a media outrage. Yousafzai is now the leading activist on the rights of children worldwide while in 2014, she became the youngest-ever Nobel Peace Prize.

The cast includes Malala Yousafzai and the film is directed by Davis Guggenheim.

In English with Greek subtitles.