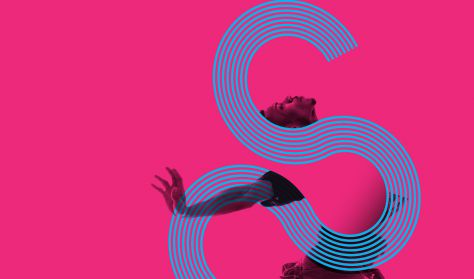 For 19 consecutive years the Ministry of Education and Culture and the Rialto Theatre organize the most important Contemporary Dance Festival in our country. A festival, which has been embraced by dance friends in Cyprus, while having won a special place in the world map of the respective Festivals, presenting the latest trends and creations highlighting the evolution of contemporary dance internationally.

Four groups representing Cyprus will be opening the 19th Cyprus Contemporary Dance Festival in Nicosia. The groups were been chosen by the selection committee and foreign representatives who attended the 16th Contemporary Dance Platform in March. The four groups are: En drasi by Evie Demetriou, the groups of Alexander Michael, Fotis Nikolaou and Amfidromo Chorotheatro by Elena Christodoulidou.

En drasi was founded by Emily Papaloizou andEvie Demetriou in 2004. It is supported by the Ministry of Education and Culture and is one of the founding members of Dance House Lemesos. Evie Demetriou studied dance at Laban Centre in London and with scholarship at Limon Institute in New York. She is a 2004 Danceweb scholarship recipient. As a performer she collaborated with Alain Buffard, Felix Ruckert, Rosemary Lee, Athina Vahla and with many Cyprus based choreographers.

Central to her choreographic work is the role of the person in society. In the process of her work she devotes time for exploration, following a path of inquiry into the unknown. Her work has been invited in international festivals in Latvia, Romania, Sweden, Germany, Kenya, Egypt, Ireland, Turkey, Italy, Holland.

This work attempts to uncover the complexities of modern relationships and life. In this dance, the choreographer, influenced by personal experience, seeks to illustrate the strain of a couple living through growing physical disability of one partner and the emotional and psychological trials that connect to this. It is a tale of love, support, hardship, frustration, and respect. The choreography aims to consider and offer the emotional perspectives of both partners.

Alexander Michael began his formal dance training at the School of Toronto Dance Theatre in 1994. He embarked on a performing career dancing with some of Canada’s most respected choreographers such as David Earle, Darryl Hoskins and Patricia Beatty. In 1997, he joined the highly-esteemed Martha Graham School of Contemporary Dance on a full scholarship and the Martha Graham Ensemble as a principal dancer and toured the USA. He has performed with Lia Haraki, Christodoulos Panayiotou, Omada Pente, Alexandra Waierstall and many others. He began choreographing and became a permanent part of the Cypriot Contemporary dance scene. In 2008, he joined the full-time faculty of the Dance Programme at the University of Nicosia. He holds an MSc in Dance Science from the University of Wolverhampton.

Fotis Nikolaou - These gentle hearts are like shot birds falling (20’)

Fotis Nikolaou was born in Famagusta. He graduated from the State School of Dance, Athens and continued his studies in New York. He is the founder of X-it Dancetheatre, Athens. He participated in festivals such as: Dance Biennale – Lyon, Athens Festival, Kalamata International Dance Festival, Kypria International Festival, European Dance Festival, Athens System, Arc for dance, Tenta, Solus, etc. He choreographed for the Greek National Opera, Greek National Ballet, Malmoe Opera, Black Box Dance Company – Denmark, Diastasis, Cyprus Theatre Organisation, Dentro Theatre, Paravan, Fresh Target and many others. He was awarded with the THOC Choreography Prize for his work in Electra-Orestis, The Trial. Official choreographer for the opening and closing ceremonies of the Athens Olympic Games, 2004. As a dancer he collaborated with Omada Edafous, Oktana Dancetheatre, Sine Qua Non, Harris Mantafounis, Zouzou Nikoloudi and others.

Wet tomb! Hundreds of people, including babies, babies and their mothers. Hundreds of people, the verb used by the media when they start to narrate the drama: Drowned! Drowned? Is it the sea itself that is responsible for their drama? The weather? Are all these desperate mothers, who are unable to leave off their arms their dead from hypothermia children, thus raising the number of the drowned people lists? Or is it something else? Or are the barriers, the vertical frontiers on land borders, the only real perpetrator? Or is it one who forces the «thousands of persecuted» to their only way to escape, risking their life in the endless sea? This tear that «dries» at the border, is a tear for culture, for Humanity...

Amfidromo Chorotheatro participated in various festivals in Cyprus, Egypt, USA, Germany, Japan, Turkey, Greece, Czech Republic, Romania, Israel. From 2011 until 2014, Amfidromo created a number of projects within the framework of the Terpsichore programme (Ministry of Education and Culture, Cyprus), such as: In deep End, Cinema Dance Box (an educational performance), Mindgame and Conspiracy.

In October 2015, Amfidromo participated in a collective video dance project with 29 artists from all over the world, organized by the International Videodance Festival of Burgundy (France), focusing on the thematic of refugees and borders in Europe. The collective film created is entitled No Borders. Amfidromo projects reflect the perception of the choreographer, Elena Christodoulidou, on the post-political role of art in the contemporary era and its connection with social and political issues. Since
October 2013, Amfidromo is based at Egomio Cultural Centre, in Egkomi, Nicosia.

Tickets: €5 | € 20 for all performances (valid both for Limassol and Nicosia)
Free admission for pupils, students, soldiers, pensioners & dance professionals

All performances start at 20:30