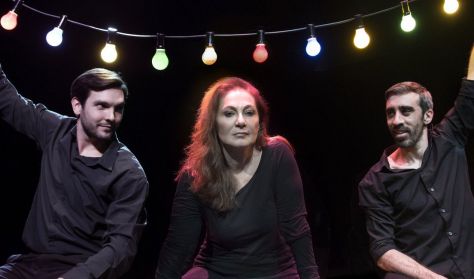 A critically acclaimed play based on the famous novel by Thomas Korovinis Wall of Death.

Nine characters connected to Aristidis Pagkratidis, the notorious Greek serial killer known as the “Ogre of Seikh Sou”, illustrate his profile. His friend from the neighbourhood, his mother’s chambermaid, the porter at the harbour, the kiosk keeper - a paramilitary traitor, a democratic gendarme, a conservative bourgeois, his boss at the fair, as well as trans Lolo and a pop singer - his two lovers, all come alive on stage incarnated by the three main actors.