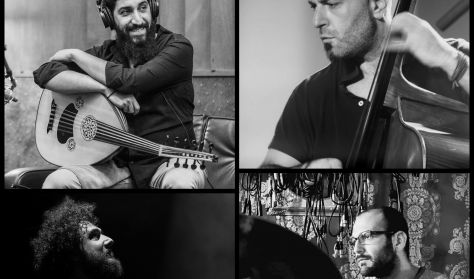 Blunefé is a duet based in Cyprus, formed by Andreas Andreou (oud) and Christos Yerolatsitis (piano) in 2020.

The name of the duo comes from the blending of two different musical scenes that each separately has the ability to combine and balance elements from various music genres.

A word game between "Blues" and "Künefe" showcases the musicians’ open minds and ability to mix elements from Blues, Jazz and the music traditions of the Eastern Mediterranean region. The band's sound balances between the West and the East, in the same way that sour cheese blends with the sweet sugar syrup found in the well-known Künefe dessert.

Tickets: €5 I Free entrance for musicians and students