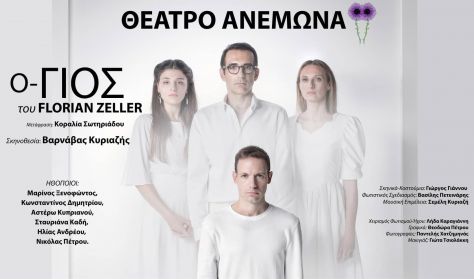 Anemona Theatre presents the play of award-winning French writer Florian Zeller, The Son. A social and sensitive play dealing with a controversial issue for every teenager’s parents: the way of dealing with an adolescent’s problems.

Anne and Pierre are divorced. Pierre has now made a new family with Sophia, with whom he has a son, whereas Anne lives with their 17-year-old son, Nicolas, unable, however, to overcome their separation. In a desperate state, Anne reaches out to her ex-husband in order to discuss their son’s absence from school during the past three months. Pierre refuses to give her an explanation about their son’s behaviour.