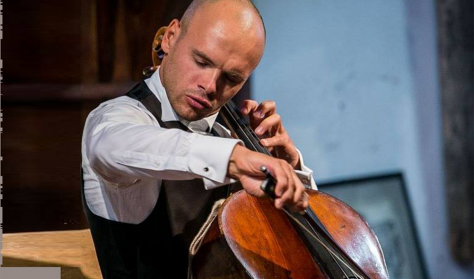 In this stylistically rich concert, the Cyprus Symphony Orchestra under the direction of Yiorgos Kountouris will perform works of the French musical romanticism.

The programme will open with the energetic overture from La vie parisienne, one of the most popular operettas by Jacques Offenbach. In the featured concerto, the outstanding Lithuanian cellist Robertas Grod will interpret Saint-Saëns’ cello concerto no. 1, which raised the composer’s popularity among French musical circles. The concert will round off in yet more French elegance with George Bizet’s masterful First Symphony, a tribute to his teacher, Charles Gounod.

Concession tickets are available to:
Students, soldiers, pensioners, large and five-member families on presentation of ID.
Free Entrance for people with disabilities.