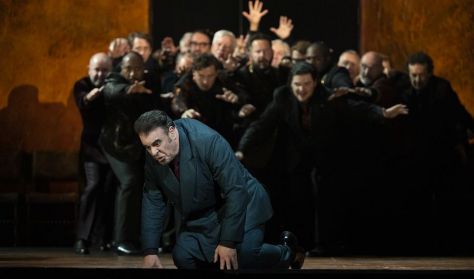 Continuing its collaboration with the ROH-Cinema program, the Rialto Theatre will screen on Wednesday 27 April, Giuseppe Verdi's famous opera from the Royal Opera House in Great Britain.

Gilda, the daughter of the court jester, Rigoletto, is secretly in love with the womanizer Duke of Mantua who comes to her in disguise as a poor student. To take revenge for his daughter’s lost honour, Rigoletto engages an assassin to murder the Duke. When Gilda finds out about her father’s plans, she decides to save her loved one’s life by wearing the man’s disguise and sacrificing herself instead.

A production that sees Verdi’s masterpiece as a modern morality play that pits power against innocence, beauty against ugliness, in a pitiless world of luxurious decadence, corruption and social decay.

In Italian with English subtitles I Duration: 165'