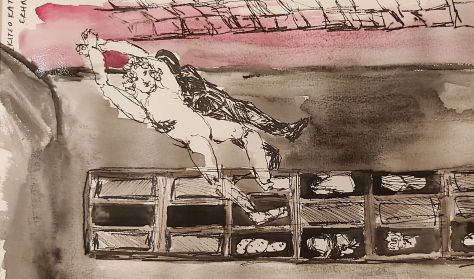 A tragicomedy about the death of a young girl who falls into a hole in the streets of Kosovo. A play that comments on political corruption, power, bullying, racism, xenophobia and non-acceptance, portraying the situation in which a state is found. Which state, though? The previous collaboration of Theatro Tsepis with Jeton Neziraj demonstrated the similarities between the Cypriot and Kosovar mentalities, passions and intrigues.