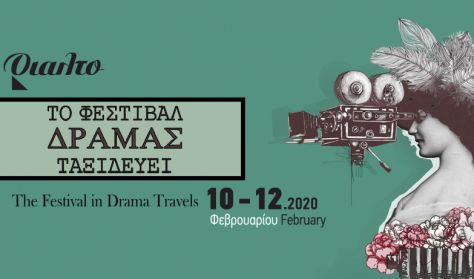 Drama Short Film Festival travels to Limassol, Nicosia, Larnaca and Pafos with two-day screenings of Greek films that have garnered awards and distinctions.

The Short Film Festival in Drama, recognizing the need for further promotion of short films, has included in its annual programming the screening of short films in various cities in Greece and abroad.

Over the last twenty-five years, the films that have received awards and distinctions at the Short Film Festival in Drama have been takin a “long voyage” in order to meet with the movie-going audience, which shows an increasing interest in short films every year, Germany, Egypt, Cyprus, France, Australia, Italy, USA, Athens, Thessaloniki, as well as 80 cities all over Greece, have become stations, ports and destinations of the voyage of the Festival in Drama.

The position of the Festival in Drama in the domestic cinema world as the top festival of its kind, as well as its international recognition, are important factors for the success of its “voyages”, that mainly aim at the promotion of the work of new filmmakers.

In Collaboration: The Friends of Cinema Society Nicosia, The Larnaka Cinema Society, The Limassol Cine Club and The House of Arts and Literature of Pafos

Under the auspices of the Embassy of Greece in Cyprus