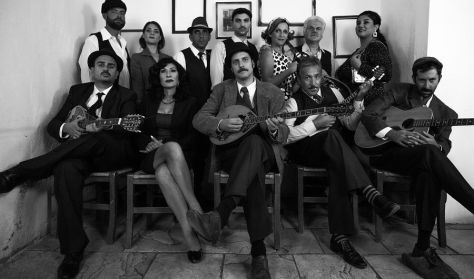 The life and journey of the great Greek composer, Vasilis Tsitsanis, unveiling his passion, romance and the songs he wrote that marked generations of people.

A production by ROI Theatre, the play takes place amidst the hardships of Greece and the rest of the world, including the Nazi occupation, the hunger and the civil war, despite which Vasilis Tsitsanis managed to expose the human face of Greece. A heart-warming performance involving dance, music and theatre, directed by Christos Nikolaou, with the sets and costumes designed by Antreas Paraskevas.