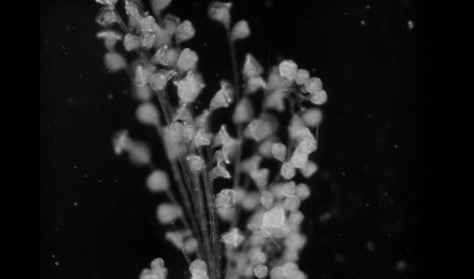 The Island Club, in collaboration with the Rialto Theatre, presents Magic Myxies and Other Films by F. Percy Smith, a screening of selected short films from the archives of the British Film Institute by pioneering British filmmaker Frank Percy Smith (1880–1945). The screening will be accompanied by live musical performances by elektroniki (Elena Savvidou), RAW SILVER (Nikos Stephou), and Spivak (Maria Spivak), who will present original compositions responding to Percy Smith’s works.

Frank Percy Smith was born in London in 1880. He took a passionate interest in the study and photography of insects from an early age, and began working as a microscopic photographer for film producer Charles Urban in 1910. After the First World War, he began working for Secrets of Nature (later Secrets of Life), a popular educational nature series by British Instructional Films. Working for the series from his home studio in north London until his death in 1945, Percy Smith invented equipment that enabled him to capture the microscopic workings of nature in unprecedented ways. His work pioneered micro-cinematography and time-lapse animation and photography techniques, paving the way for the nature documentary genre.

Elena Savvidou (b. 1989, Limassol) is a performance artist working with sound and a musician working with performance art. Over the past few years, she has been improvising with different spaces, using a variety of unconventional materials to propose “feeling-specific” performances that comprise self-contained and singular sonic experiences. She has performed at Fierce Festival (UK) and Tresor (Germany) and in local events organised by Moneda, Honest Electronics, and Subaerial. She has also participated in exhibitions at Drive-Drive and Thkio Ppalies. For the past three years, she has been curating her own monthly show, Coral Bay, at Noods Radio UK.

Nikos Stephou (b. 1990, Nicosia) graduated from the Graphic Design department of Gerrit Rietveld Academie, Amsterdam, in 2017. As a graphic designer, he works with identities, printed matter, and visual research for social design. He has served as art director in creative projects and co-founded the community platform and record label Honest Electronics and the yearly festival The Gathering. He has released two albums under his sound-producing moniker, RAW SILVER, and his tracks have been featured on various international compilations.

Maria Spivak (b. 1989, Limassol) is a musician and sound artist based in Cyprus. Her work is a play on the nuances and poetics of pop, exploring themes that allude to her myth-inspiring heritage in a folk-tainted, futuristic voyage of esoteric explorations. Her debut LP, ΜΕΤΆ ΤΟ ΡΈΙΒ, released on Ecstatic Records in 2020, is a chiaroscuro blend of hypnagogic pop, smudged synths, and ambient electronics, infused with the spirit of the local DIY scene. Her tape release, Rare Backwards, was presented as an addendum to the LP in the same year. Her lyrics rotate effortlessly from Greek to English, her live performances comprising intimate sonic liturgies with bursts of energetic and often deconstructed 90’s-inspired techno.

The event is supported by FlashArt2@Rialto and presented in parallel with the Open House Festival 2021 by Dance House Lemesos.