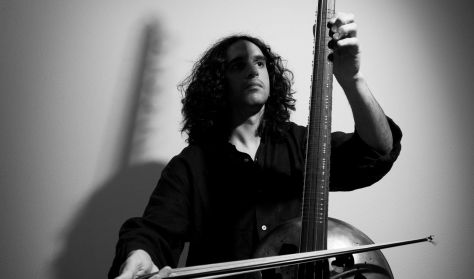 Continuing its long collaboration with the Community Council of Platres, Cyprus Rialto World Music Festival for another year organize the activities of the Rialto Residency in Platres.

Rialto Residency having this year as leader the famous Greek musician Michali Choleva, who will focus on techniques, forms and stylistic elements of the Eastern Mediterranean traditions. Classical compositions will be used as starting point for different approaches to improvisation.

The results of their joint study will be presented by all the artists of Rialto Residency in a concert on Saturday 23rd of July. For the first time the concert will take place at the new open air of Glafcos Clerides square at Platres.

On Sunday 24th of July at 11:00 am, Michalis Cholevas and the participant musician of the Rialto Residency will present their original compositions at Caledonian Falls in Platres. This is an old habit of the artists, which last year turned into a successful unplugged open air concert that received a very enthusiastic response from all the excursionists – spectators who attended.

Gogol’s play The Gamblers. In Greek with English and Turkish surtitles